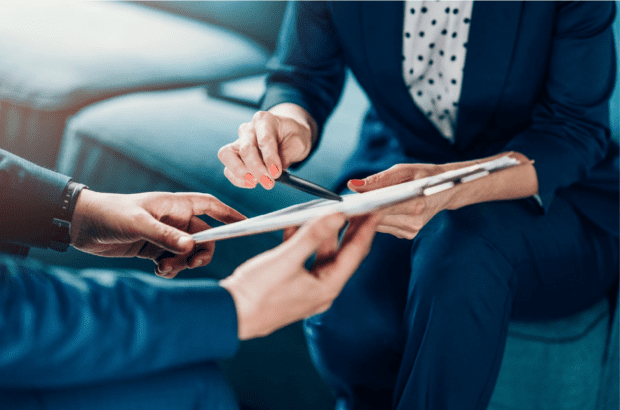 UK’s Trade Remedies Authority acting in the interest of the U.K. economy

Authorities around the world use different approaches to decide whether to put in place trade remedy measures. Some countries simply consider factors which broadly affect public interest. For example, ministers in Singapore, Indonesia, Vietnam, India, and Australia may consider relevant factors in their decisions. Other jurisdictions, including the UK, the EU, Brazil, Canada, and New Zealand conduct comprehensive economic or public interest tests. This blog post explains each of the 5 considerations in the UK’s approach and compares them with the practices of some other selected countries that conduct similar tests.

As set out in the World Trade Organization (WTO)’s rules, if a country wants to impose trade remedy measures, it needs to be able to show that the imports are causing injury, or threat of injury, to a domestic industry. All WTO member states assess injury when they are conducting trade remedy investigations, regardless of whether they conduct interest tests. This involves examining import volumes and their effect on prices and the domestic industry.

Trade remedies authorities only conduct an interest test if they have found injury in the previous stages of an investigation. The UK’s framework includes injury as a specific consideration within the EIT, while other authorities may refer to it throughout their interest tests.

The UK’s EIT uses information from questionnaires completed by parties involved in the case and data from other sources to assess how important the affected domestic industries are to the UK’s economy. To analyse this, we look at employment and profit metrics and calculate gross value added (GVA) at various stages of the supply chain.

Brazil’s analysis also considers the risk of shortages. For example, in the anti-dumping review of polychloride resin, where the import tax was temporarily reduced from 14% to 4%, the interest test considered supply shortages caused by COVID-19, hurricanes, and Storm Uri.

Most interest tests published by Canada, New Zealand, and the EU do not consider economic significance as a separate factor but may implicitly include this within their analysis of the impact on domestic industries.

The effect on domestic industries and consumers

New Zealand’s interest test also features a framework which estimates the monetary impact of duties on consumers and downstream industries. For example, their interest test for galvanised steel from Malaysia found different effects based on the portion of the duty that was passed on by importers. As importers pass on more of the duty, consumers and downstream industries become more likely to substitute away from imported goods towards domestic goods, so the domestic industry can sell at a higher price. In this scenario, the authority found that the benefit for the domestic galvanised steel industry was 3 times larger than the cost to downstream industries and consumers.

However, robust and granular data needed for quantitative frameworks can be difficult to get, so interest tests need to often consider qualitative information.

The effect on domestic geographic areas or particular groups

The UK’s EIT looks at whether the measures might cause disproportional effects on affected geographical areas, such as fewer employment opportunities, and whether there may be implications for groups with protected characteristics. This is consistent with the government’s Levelling Up priorities.

In Canada, health and welfare organisations and unions can also contribute to a wide-ranging analysis measuring impact on particular groups. For example, an interest test for baby food from the USA noted that demand for baby food does not vary with income. Since higher prices would be felt more by low-income families, the CITT lowered the recommended duty by around two-thirds.

Most other jurisdictions do not include the impact on geographic areas or particular groups as a named factor in their interest tests, which could be partly explained by the complexity of analysing the effect on different areas.

Consequences for the domestic competitive environment and the structure of markets

The UK’s EIT, like most other interest tests including New Zealand, Canada, Brazil, and the EU’s, considers the potential impacts of a measure on market competition and consumer welfare. For example, New Zealand’s interest test on preserved peaches from South Africa noted that since there was only one domestic producer, the measure could increase prices, harming consumers. However, the interest test also considered that peaches similar in price and quality could be imported free of duty from China and Chile, reducing the risk of creating a monopoly in New Zealand’s market for preserved peaches.

Interest tests also consider competition along the supply chain. For example, the EU’s interest test of white phosphorus from Kazakhstan considered whether imposing a duty on imports of phosphorus could create a dominant position in a linked downstream market for phosphorus derivative products.

Different countries take varying approaches to final decisions on imposing measures. In the UK, the TRA can only recommend that measures are imposed once the EIT is met, and the final decision on whether to impose a duty is made by the Secretary of State for International Trade. In Brazil, Canada, and New Zealand, ministers have full discretion over the final measure, while in Singapore, as well as having the discretion to use or disregard findings, the minister can also adjust a suggested measure, prohibit it entirely, or deny a request for an investigation before it is initiated.  As a new trade remedies body, we are working closely with UK government to refine how TRA recommendations and decision-making powers held by our UK Ministers are applied in practice.

How to find out more

You can find our recent EIT findings in:

Further information about all our current investigations and reviews can be found on the Trade Remedies Service case page.

You can find out more about interest tests and how they are applied around the world by following: